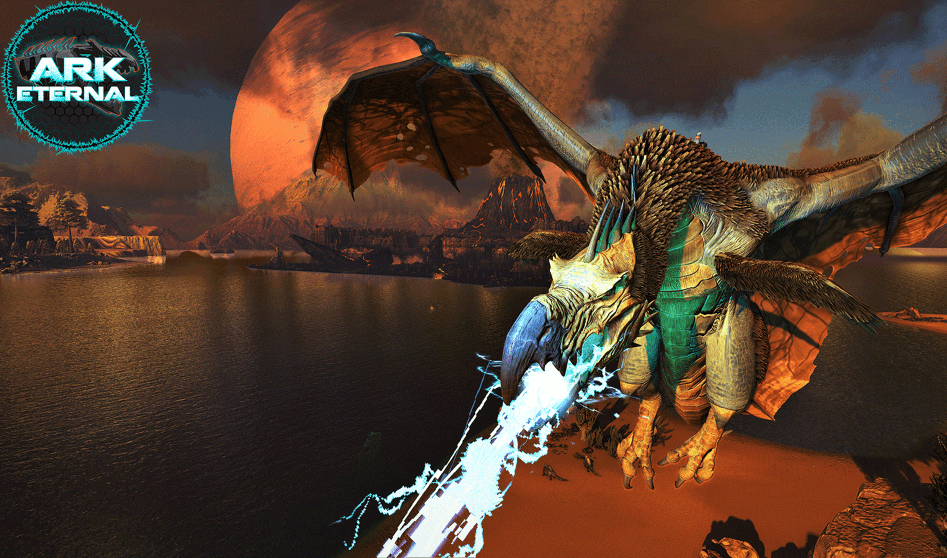 22 June
The server has been decommissioned due to crashing/timeout errors. Unfortunately this same issue occurred last time we hosted Ark Eternal and reached end game.

We’re disappointed that we’ve had to end the server early, but are actively looking for a replacement and will likely pair with Crystal Isles now that it’s an official map option. note characters from Ark Eternal will be transferred to the new server to start at their current level.

Ark Eternal adds 600+ new dinos at its current state, most of them can be tamed in different ways. Some of them can be evolved from creature A to creature B. Eternal has around 30 bosses so far, some rather easy and some almost impossible to kill. It adds more difficulty and diversity.

Eternal is a Core Mod, overhauling many of Ark’s core features . It is also designed with PvE in mind, and is balanced for vanilla difficulty and max Dino level 600 wild.

none at this time